Sailors’ valentines are shell mosaics, traditionally displayed under glass in octagonal hardwood frames. The first known examples were made in Barbados during the whaling days by a group of local women under the direction of a pair of English brothers. Often the valentines consisted of two frames hinged together, made to be folded closed and latched for safe transport. The valentines were sold to sailors as mementos to be carried home to wives and mothers, sisters and sweethearts, and often bore sentimental messages, spelled out in tiny shells. Most early examples were rather simple, but later sailors’ valentines were much more elaborate, reflecting the Victorian craze for exotic shells and shell art.

These are new sailor’s valentines, made by Valerie Reese on Martha’s Vineyard. 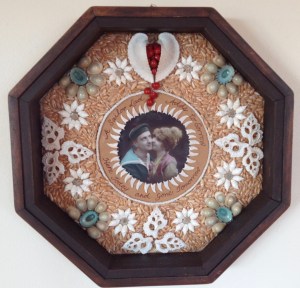 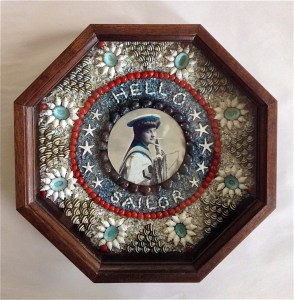 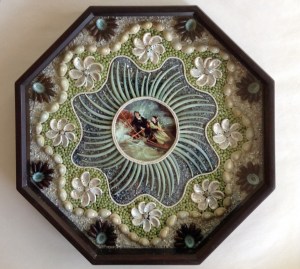 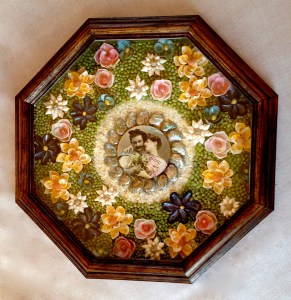 For the Love of a Sailor 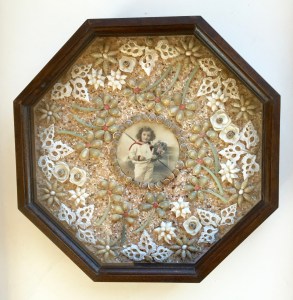 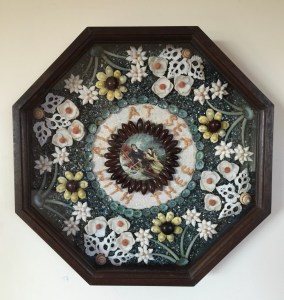 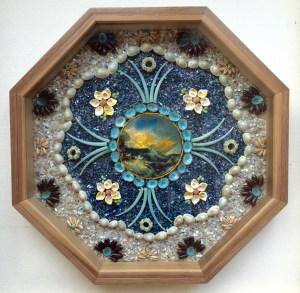 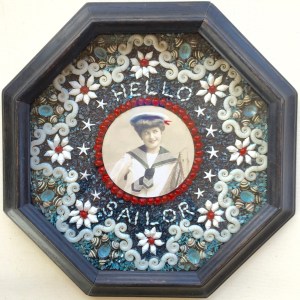 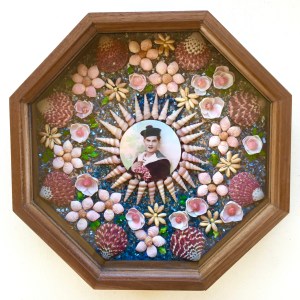 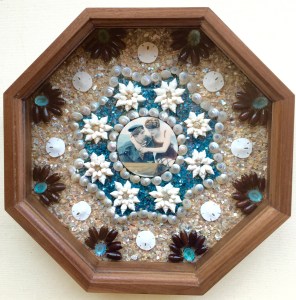